Happy Father’s Day, Dad! I know it’s raining and gross out up north, but hopefully you had some fun anyway. Here’s a picture of us burning the midnight oil playing pool a few Christmases ago: 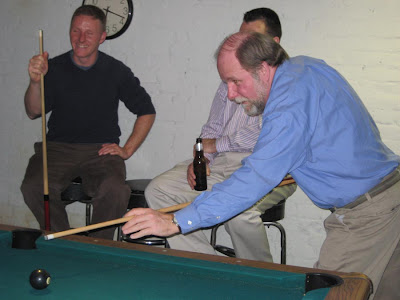 Dad, lining it up!

We’re just finishing up a windy weekend down here on Hatteras Island! Gotta love it when the weekend warriors can score some fun conditions… Saturday saw some pretty strong SW breeze all afternoon, but unfortunately the tide was too high to take advantage of the little bit of swell out there. So, we freestyled it up at the Hole! Good stuff, pretty well powered 5.0 on the Tabou 100. The 540s were coming with ease… time to try something new and start falling again 🙂 Actually, everyone was pretty amped up- Wendy claimed success with tacks and duck jibes, Roland nailed a few willy skippers, Contos was working on the duck jibes, Ken threw a few loop attempts, Drew was going fast and staying upwind, Anne got on 24″ lines and Keith tried out my 28″ harness lines! Sweeeeeet….

I remember seeing a GoPro video from one of the Maui sites, maybe Kanaha Kai (?), with a pretty cool under boom mount, looking forward. I decided to give it a try, and I like the outcome. I can see it being really handy for dissecting a move, because you get a great view of the sailor, the gear, and the water conditions. Anyway, here’s a quick vid- what do y’all think? Worth exploring some more?

Stuart, Marty, and I sailed again this afternoon, after the wind switched north. 5.0 again, but this time on the Pocket 80 and in the ocean. Not much wave to speak of but some fun jumps. I set up the GoPro again and got some cool footage. I’ll probably pull some clips out at some point but in the meantime, check out a few image grabs: 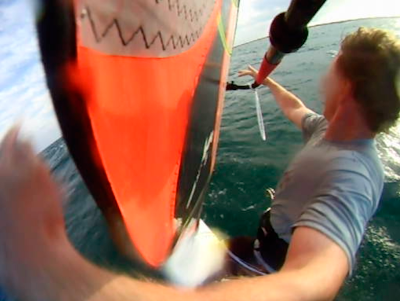 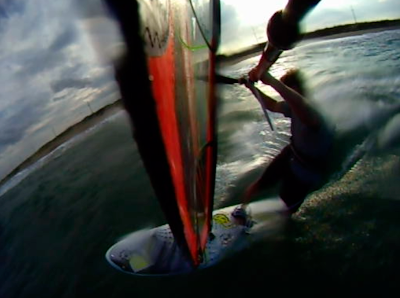 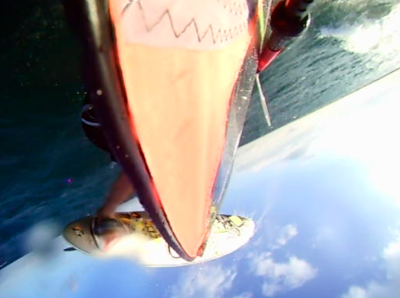 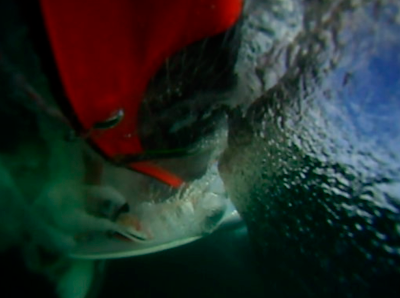 Facebook is blowin’ up with windsurfing pages! Check ’em out and join in the fun-

Looks like some more wind for the next few days… Hope to see ya out there!