Happy June, everyone! And, Happy Birthday to Drew!! Yeehaw!

Stuart and I took Anne windsurfing out in the ocean the other night. It was pretty flat, except for a sizable shorebreak… so it was good practice at least, to get used to launching and landing. Anne asked me to demonstrate how to best get on and off the beach. Let’s just say that it quickly turned into a “How NOT to get on and off the beach” demonstration! Haha, I had sand lodged in places that I didn’t know I had places! I think that I learned more than she did… Anne did great, despite the quality of instruction, and made it off (and back on) the beach unscathed, even having to punch through a big barreling section! She’s ready for the big league, now! 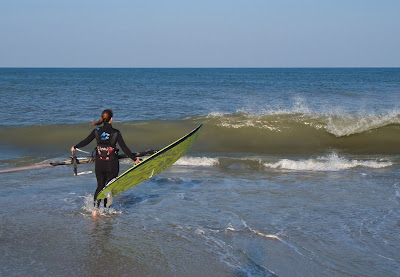 Anne “staring down the barrel“ 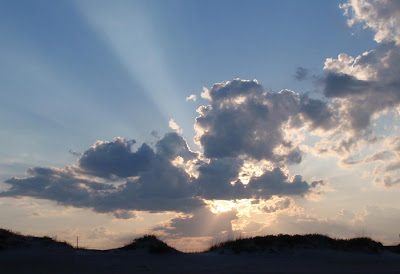 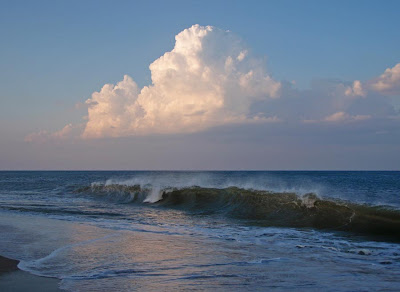 The Latest NEWJ came out the other day! It’s a Hatteras rich edition, with a recap of Windfest, a gear tweaking lesson learned (and passed on) by Stuart, and an ocean sailing lesson by me. There are some great Lane Dupont and Rick Eustis pics in there, too! Not to mention, Robby Naish on the East Coast!! Wanna know more? SUBSCRIBE (or call the shop and I’ll sell ya one)!

Lots of South winds on the way! Should be a fun few days here… it’s looking like a great time to call in sick, load up those trucks, and make a Hatteras blitz!