… but far from good… describes my and Drew’s Saturday morning surf sesh. I’m mostly to blame as I pushed to keep it local and not go driving all over the island looking for a working sandbar. Sorry Drew! It didn’t look all that bad from the beach, but once out, there was all this voodoo chop and current bumping it up and pulling the power out of the waves. Word is, the Lighthouse was absolutely firing, but with 50 some odd people out, I’m sure I wouldn’t have caught many waves anyway (I’m generally too well mannered in the lineup to catch a lot of waves when it’s crowded)…

Keep an eye on Surfline and Surfkdh, as I’m sure they’ll publish some pics of the action sometime soon! **4PM Update- Rick Eustis sent in this picture from the Lighthouse: 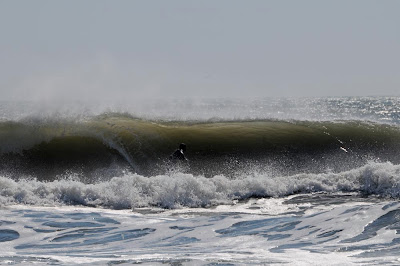 It was a beautiful morning, though, with warm temps, sunshine, and straight West winds making it look better than it was! 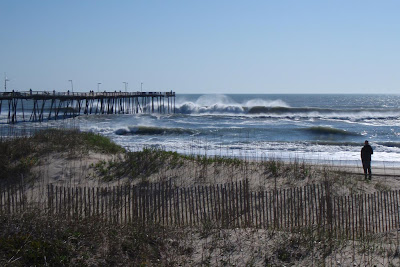 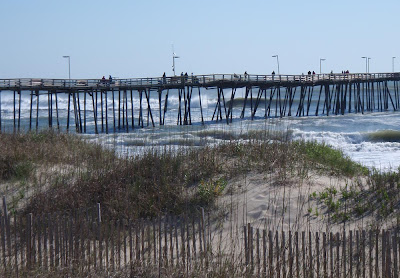 That left was looking good, but it dumped you out right into the pier…

Luckily, I decided to paddle back out in the afternoon, when it looked worse due to a more sideshore wind, but was actually way better… So the day was redeemed and a few waves were caught!

The wind kicked in SW last night, too, and on a dog walk behind the house Anne and I counted 40 some odd windsurfers and about 6 kites all having a grand ol’ time out there! Looked fun, but we were spent by that point and decided to skip it. Drew said he went out and was having fun, getting in the straps on a 130 liter board for the first time!! Woohoo! Nice, Drew! 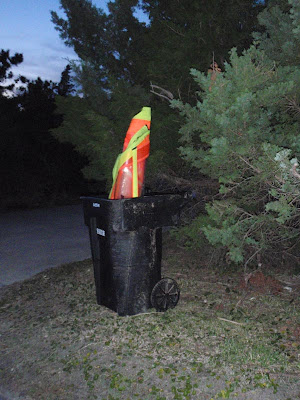 Probably tried a new World Sail, and reallized that it’s time to update the quiver!

Looks like it’s lining up to be a great week, with lots of warm SW winds! Should be a fun time, I hope to see y’all out there! Swing by the shop and say hello if you’re here, we’re expecting lots of new toys for you to check out including Gaastra, Tabou, Severne, Starboard, Dakine, Chinook, Tangent Dynamics Fins, and more, all this week!! I’m available for lessons, too, if you want to dial in those jibes or work on some vulcans and loops!

Bill’s scheduled the Fast 8 Race, too! It’s tentatively scheduled for this afternoon. Check out the details here!

I also want to shoot out a quick “Happy Anniversary” to Jim and Pauline, who were married exactly one year ago!! yeehoo! Here they are on the morning of their wedding: 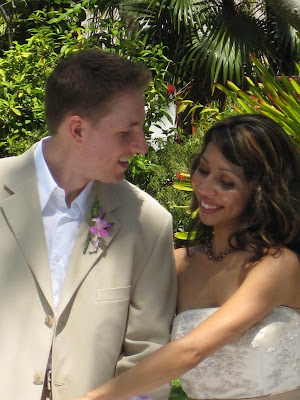