Cranking, warm SW wind with plenty of sunshine all afternoon!! I Love Springtime in Hatteras!!

I swung by the Hole and found Fred of BABA holding down the fort, solo. Where the heck is everyone?!?! Nice job out there, Fred! 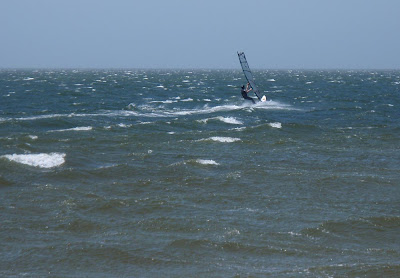 Fred, solo at the Hole

Checked out Ego Beach, and decided to skip it due to the shorebreak situation: 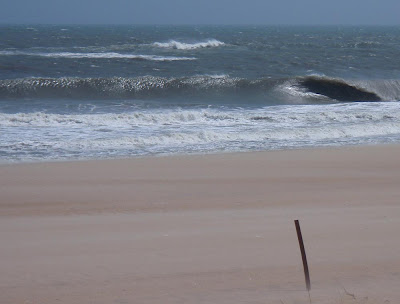 Yikes! but where’s my surfboard?!

So Keith and I ended up North of Avon on Ramp 34, followed shortly thereafter by Rick, Chad, Dan, and Charlie. I think Olaf made it out, too, but a little further South. In any case, it was an insanely good wavesailing session!! The faces were big and smooth, the lips barreling, and the wind cranking! The outer bar was over mast high, but tough to read and bumpy, and the inner bars were overhead to logo or sometimes mast high with beautifully clean faces. The wind was almost too strong, as it was ripping my 4.2 out of my hands at the top turn… Killer sesh, folks!! I’m claiming it as the best wavesailing sesh of the year!!! Woooohaa!!

Check out the Keith show. I took all these shots in about 3 minutes while suiting up, so the action was non-stop out there! 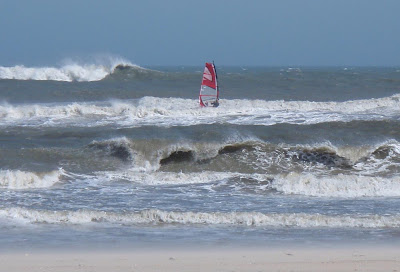 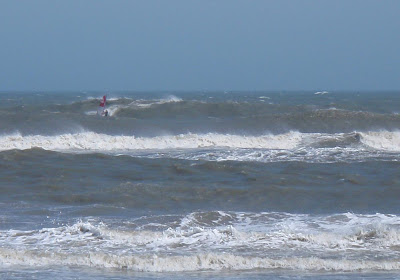 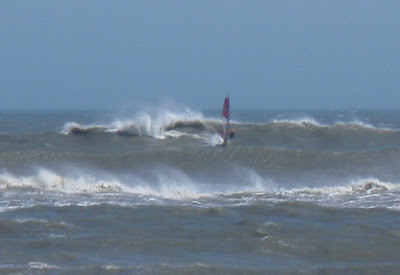 Keith lining it up 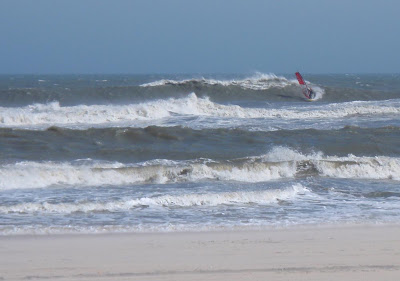 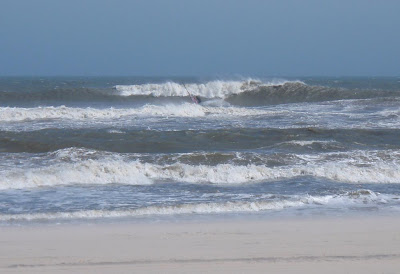 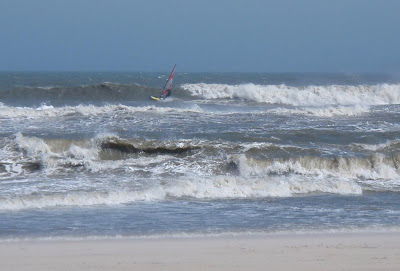 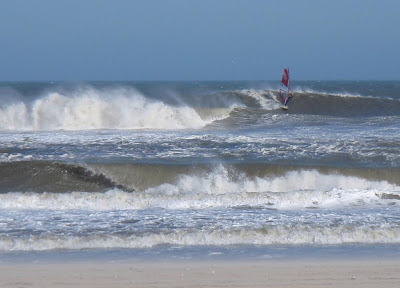 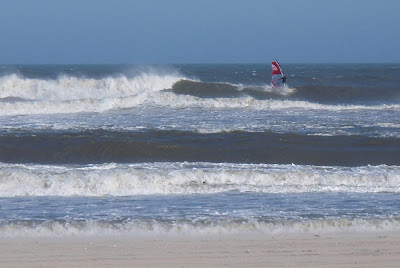 Tacking on the face to kick out the back… gimme a break man!!

I shot a bunch of video out there, too. It’ll take me awhile to sort through it all, but there are some real gems in there… including some footage of Rick getting CRUSHED by a rogue set wave!! There are dues to pay, I guess, but this just seemed way too harsh… Sorry Rick, but I’ve gotta post it up!

It’s blowing again right now this morning………. Hope y’all are out there having the time of your lives!!