Looks like another insane day is bearing down on us, as the meters are already gusting over 30mph at 6am! This is a really similar setup to last Sunday’s, which I’d proclaimed the “Most Fun Day of 2009.” I wonder what I’ll be saying this evening?!

Speaking of last Sunday, Dale B. dropped off a few pics of that day’s Ego Beach action! I’d say he did pretty danged well considering his list of circumstances:

So, thanks so much, Dale, for the effort! I’ll post up two shots to get you guys psyched for today’s sesh, and then I’m going sailing: 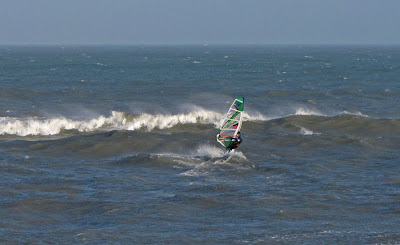 The medium size waves (like the one above) were just barely pitching out there, so you could attack them with total disregard for your well being… FUN! The biggest ones (logo-mast) were hitting a lot harder, but still not as heavy as their size would indicate… FUN! 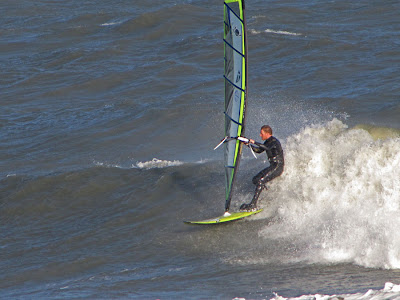 I’m on the inside bar here

The inside bar was smaller but a lot heavier… with flukier wind… kick out early if you’re going to play around in there today!!

Hopefully, we can expect more of the same this afternoon!! See ya out there!!! (If you were on my Weather Alert e-mailing list, you’d have already known that it was going to crank today, and you’d have called your boss last night complaining of a sore throat, and you’d be pulling in to the Canadian Hole any minute now to share this insane day with all the other “sick” people!! It’s a free service, so what are you waiting for?? Sign up details are here)