It’s been one heck of a few days… Stuart, Chris, Dan and I sailed the Lighthouse yesterday afternoon, pretty juiced 5.0 and some big sets rolling through! Personally, I had a pretty short sesh, due to some equipment malfunctions… But I got one sweeeet wave and a few good jumps, and a nice, long, relaxing swim followed by a nice, long, relaxing walk back up the beach. Stuart claimed the biggest wave he’s ever ridden on the outer bar, and it looked well over mast high to me! Sickness!! 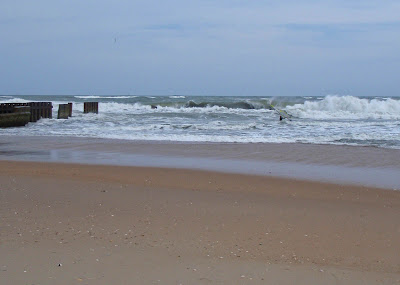 Stu, launching off the jetty 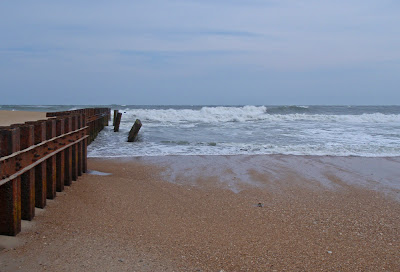 A nice left usually lines up off the Jetty 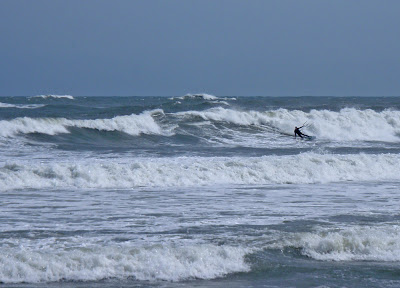 Chris on the way in. There were some nuggets out there!

Stuart and I sailed again this afternoon, down past the Ferry Docks in Hatteras Village. It was pretty finnicky, gusty, shifty wind and waves, but when it all lined up, there were some rad moments! I saw Stuart throw some serious spray with his new wave board, he is amped on that stick! I caught a few waves myself, with a few good lip smacks, but my jumping was feeling a lot better today. Lots of good forwards and a bunch of great backloop attempts… Gettin’ close…. 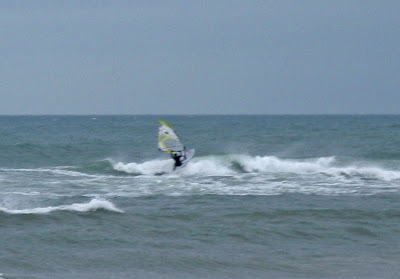 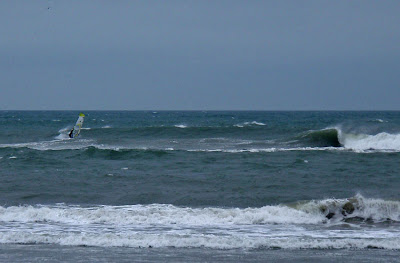 Stu lining up on a nice one 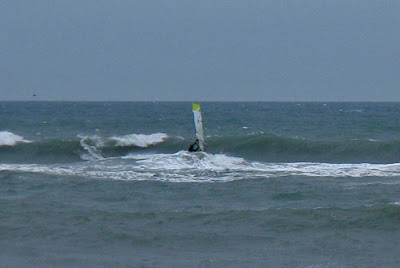 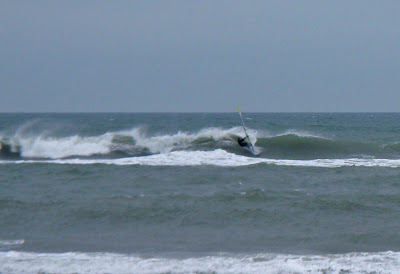