So it was pretty light winds yesterday… But the waves were still there… I took a nice drive up into the hills in the morning just to check out some of the little towns up there. The words gorgeous and idyllic pretty much sum it up. I can see why so many people would want to make this their home! 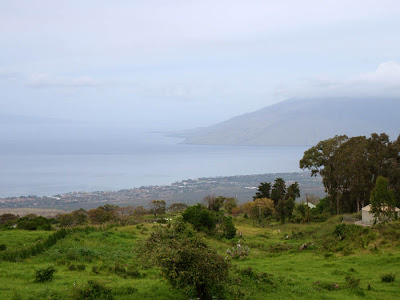 Looking down towards the south shore

I was pretty wiped out from my extra long day testing on Thursday, so I had no issues with taking a break and sitting on the bluff above Ho’okipa, watching the pros do what they do best. What a show! As I said before, the wind was super light, especially on the inside… but these guys and gals all made pretty easy work of it. 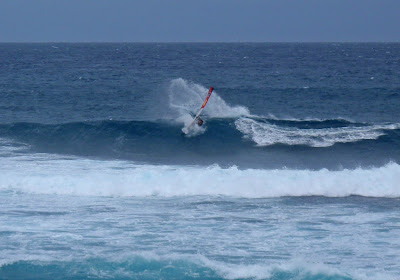 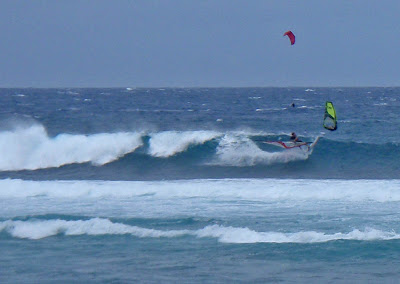 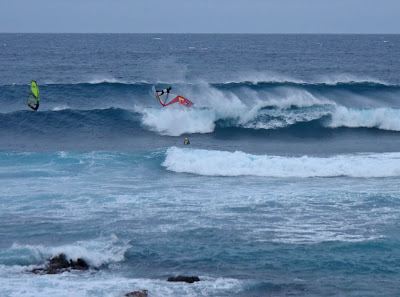 Jace was out filming for the WM, II. Levi, Kai Lenny, and Fransisco Goya were putting on quite a show! 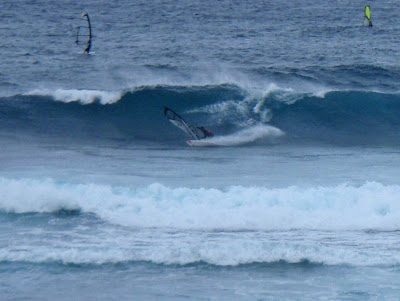 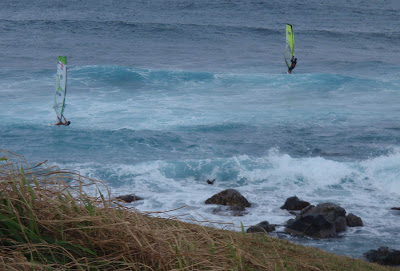 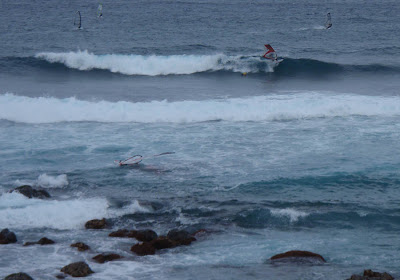 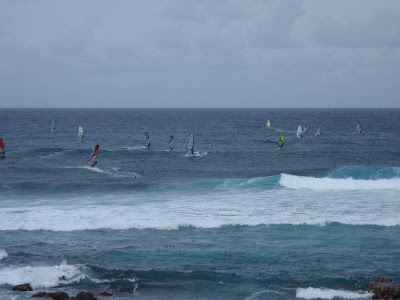 The crowd, bobbing around waiting for the next set

After about an hour of watching, I couldn’t take it anymore and had to go sailing. Those rocks were looking pretty treacherous in the super light wind, so I decided to head downwind a bit. I ended up at the same spot as last Monday, with just 3 people out and head to logo high waves, peeling down the reef setting up 2-4 turn waves! Super super fun, at the perfect size to give you some face to work with, and throw you around a little bit if you messed up, but not be totally jaw dropping scary… It was well worth the short swim out the channel, that’s for sure! I put a 5.3 Manic HD on the Pocket 75. I was a little sketched out about the bigger sail on the tiny board, but the Pocket handled it just fine, and still schlogged and planed up like a champ. It honestly ended up being one of the best sessions of the trip!

Last night I joined some people for sushi and some Friday night crazyness at Jacque’s. Let me just say, the place held up to its reputation! Sizable crowd, lots of ultra famous windsurfers hanging out, loud music, and a good vibe! Heck yeah!

And a quick story to finish this morning’s post- The other day I was getting out of the water at Kanaha, kind of lost in my own blissful world. I heard someone say “Hey, you must be Andy!” Looking up, I saw PWA champ (and one of my personal windsurfing heroes) Kevin Pritchard extending his hand to introduce himself. So I responded “Yeah, I’m Andy, who the heck are you?” Hahaha, just kidding! I did not say that. I did, however, allow my ego to flare up for a minute… until I remembered that I was sailing on his brother’s gear, driving his brother’s van, and staying at his brother’s house for the last week… Of course he knew who the heck I was!