Oh man I am just shot right now… What a day on the water… It was a bit lighter this morning, which was good because I haven’t had a chance to try any of the normal sized gear… So I blazed on down to the beach and got in a good hour or so on the 6.0 Remedy and Rocket 105, and then the 3S 107. Shortly thereafter, I rigged the Echo 5.6 and put it on the 86 3s. An hour later I was on the Poison 5.0. And half an hour later, the Da Curve 79… So three sails, four boards, and about 5 hours on the water… Yow!! The waves were pretty fun today, with some of the sets still coming in about logo high, but mostly smaller in the head high range. A few of them were lining up Really well, for 2 or 3 good down the line turns… Very fun out there! (Sorry Janice, no goiters yet) 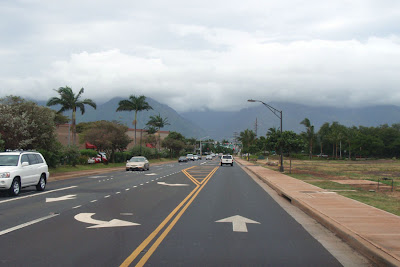 Looking towards the West Maui Mountains

There were lots of Pros hanging out at Kanaha testing slalom gear today- KP, Robby Swift, Finian Maynard, Phil McGain, Barry Spanier, and I’m sure quite a few more… I thought I was pretty danged fast on that Rocket 105 until Robby Swift blew my doors off like I was standing still!! Haha! Granted, he was on 2 extra meters of sail and a full on slalom board… I did, however, have a much easier time jibing than him. : )

Some thoughts on today’s gear:

Rocket 105 LTD– Slalom board speed, upwind ability, and responsiveness, with a freeride board’s ease of use, chop eating ability, and comfort in the jibes (both wide and tight). Oh, and I wasn’t afraid to jump it, either 🙂 Accessible speed is the name of the game on the Rockets! This board is aptly named, as it’s a fricken rocket ship!

3S 107– Good speed, but a notch down from the Rocket (just a small notch though). Significantly smoother and easier to handle in the chop. Nicely balanced, especially in the air, and for those basic freestyle moves. Overall, just super easy and fun to sail- quick, responsive, smooth in the jibes, controllable.

3S 86– See above, but for stronger winds. Performed pretty danged well in the waves, too!

Da Curve 79– Watch out waves, cause you’re gonna get smacked! This thing is fast down the line, and likes to drive on one rail or the other! Super smooth in the chop. It took some power to get it up and running, but with a wave behind it this thing was MONEY! It definitely takes more input than the Pockets, but rewards with instantaneous rail to rail transitions and tons of grip in the turns. Sick!

Echo– Tons of low end grunt, at the expense of overpowered stability. Mega pumping power, and lots of torque from up high. Thie sail gets you up and running, and provides a ton of juice for easy popping in the jumps. Freestyle heaven!

Poison– Very similar feel to the Manic, but with more juice. Stable, nicely balanced, fast(ish), and tons of grunt gets you up and running, and helps to pull you through the turns. This sail forces you to oversheet in the bottom turns, or else you just get yanked over the front! Good stuff. 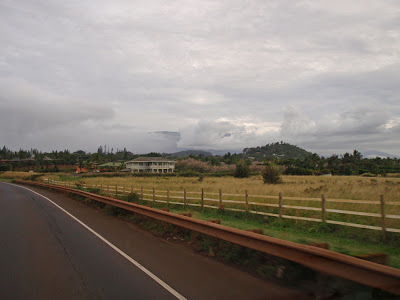 Haleakala emerges from the clouds (almost)

Sorry for all the gear talk, but that’s what I’m focused on at the moment… I can see why all the pros and manufacturers base themselves here- it’s so easy to test gear, in the consistent wind and water conditions… Windsurfing heaven, eh? But I might forget how to sail port tack waves if I spend too much time here! Good thing I’m leaving in a few days… Gotta keep it balanced, you know?