Alright, finally got some confidence up today! Good old fashioned fun sailing at Kanaha, I hung out at Uppers all day long. Again, I started off on a board that was just plain old too big (for me) for the conditions. I just couldn’t get the rail to engage on the bigger, faster waves, which was honestly a bit scary! I’m just not heavy enough to drive that Pocket 85 in these big (logo high+), windy conditions. Once I switched to the Pocket 75, though…. man what a difference!! Medium power on a Manic 4.5, and the Pocket 75, and life was GOOD!! I finally found the control I was looking for, and started attacking some lips.

Uppers is a funny wave, kind of peaky and weird with these cross swells bowling up the big sets… If you happened to be in the right spot, it was super fun, but if you were 20 yards off you basically had nothing to work with. Still though, a lot of the peaks were solidly logo high, if not occasionally bigger. You just had to find them, that’s all… 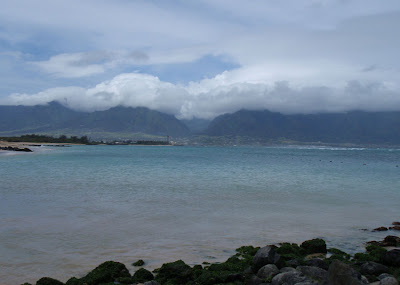 I still haven’t really gotten worked… at all, really… which means to me that I’m still not really pushing it… The swell is supposed to bump up a notch tomorrow, and I feel like I’ve got that Pocket 75 dialed after today, so it’s time to get wet! 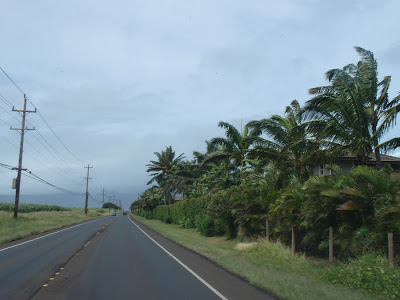 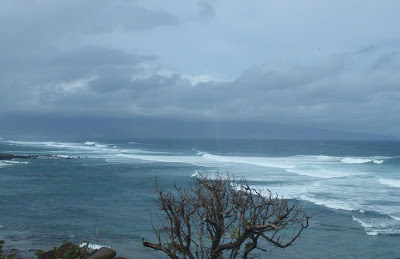 Windsurf celebrities spotted over the last few days: Fransisco Goya, Finian Maynard, Kai Lenny, Robby Swift, Jake Miller, Nick Warmuth… the list goes on and on…. Even the people you’ve never heard of rip out here. It’s so cool to be surrounded by incredibly talented people who are just charging it… Good energy out there, that’s for sure!

Can’t wait to get some more tomorrow!!