Oh man, talk about getting right into it! Took off on some waves today!! Yow! Pretty finicky weather out here, chilly, with lots of rain squalls pushing through and killing the wind, but when it was good, it was really good! Casey and I ended up a little bit downwind from Ho’okipa, at a sketchy little launch site with just a few other people out. Rigged up the 5.0 Manic and Pocket 85 again, but I would’ve been fine on much smaller gear. The extra size did help with sneaking out past the very frequent, very big sets, though, so I was grateful to have the extra juice.

I snapped off just a few pictures, as I was mostly in the water while it was windy… The light was bad and the reef was pretty far out there… But they should give you an idea of the conditions. 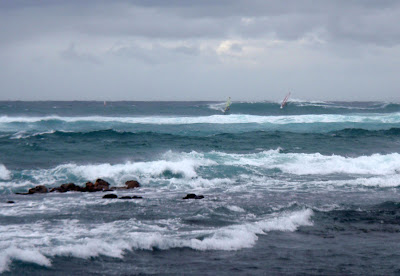 The only shared wave of the day 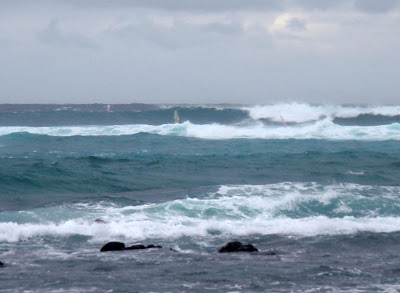 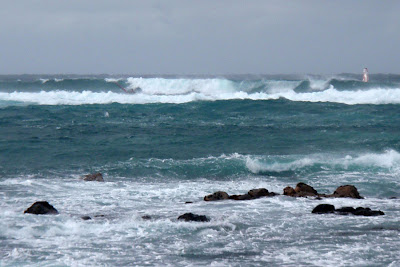 Looks like these conditions are going to keep up for the next few days… I really played it conservative today… caught a bunch of the big ones, but stuck to the shoulders and kicked out early… Not too many critical lip smacks from me today… Maybe tomorrow I’ll get a bit more aggressive… I just don’t want to break all of Matt’s gear… Poor guy’s had enough breaks recently… (be warned- that last link is not for the faint of heart). Heal up fast, man!