Anne attended a ABK Boardsports clinic this past October, here in Hatteras. This is what she has to say about the whole affair:

The fall 2008 Hatteras ABK camp ROCKED! Thanks to the ABK crew for a fun weekend full of sailing (even on the day when there wasn’t that much wind). It’s just crazy how much you can learn from these guys in only a few days. Planing jibes, fin first sailing… whatever you can think of, they’ll teach it. This was my second clinic and I was amazed at how much I learned. I can’t wait for them to come back and help me with forwards (ha!). Let’s face it windsurfing is hard. After all, if it were easy… you know what they would call it. See you in the spring!

So there you have it. Thanks, Anne! A week or two after the clinic, we had some HUGE winds. I mean, lit out of my gourd on my 4.2. The cool thing is, Anne, who weighs about 50 pounds less than me, was tearing it up on her 3.7, trying chop hops and blazing through planing jibes! Before taking the clinic, she probably would have just stayed in the car (sorry sweetheart, but you know it’s true), but after the clinic, she was full of confidence, and her sailing showed it!! ‘Nuff said, take a ABK clinic and reap the benefits!

Anne and I attended the wedding of my friends Tom and Pearl over the weekend. They’re both windsurfers, so it was, by default, a rad wedding. We had an unspeakable amount of fun hanging out with some old windsurfing friends. Congratulations, guys, it was great night, and a lot of fun to see everyone!! If any pictures surface, I’ll post ’em up, but they might need censoring…

Of course, the whole East Coast was going off while we were driving home, but that’s a given when that many windsurfers are pre-engaged in a non-windsurfing event… 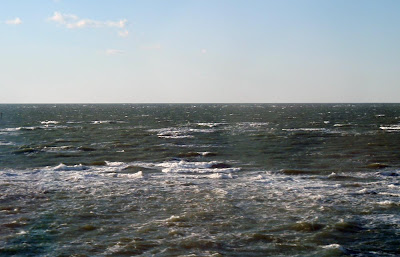 This was tonight’s sunset. You could be here!! In fact, you probably should be here, looking at our forecast! Temps up to 70, winds up to the mid 20s for the next 4 days straight! Suh-weet!! Get here! 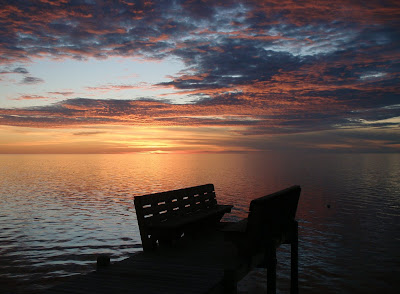 Sailworld Cape Hatteras steal of the day: Brand Spankin’ New 2007 Starboard Carve 111 Technora, $949!! Only one left! This board is sweet with freeride/freerace sails in the 5.0 to 7.5 range, and offers smooth handling, early planing, and accessible speed. It likes a locked and loaded stance, yet remains smooth and easy in the jibes. Shoot me an email or call the shop to snag this one time blog based deal!! By the way, the Revolution 5.8 is still available!